All of Saturday the rain played the roof like a snare drum. A wet morning slid into a wet afternoon passed with Words With Friends and cups of tea. The wind slashed at the bushes. Someone put a raincoat on a dog. With dark nearing, we lumbered into town for chowder and a beer. The restaurant was an enclosed patio, excellent if there’s sunshine to bask in, but despite heat lamps and tropical shirts on all the waitresses, it felt chilly during the storm. The Minnie was warm and snug, glowing like a lantern and welcoming us back home. 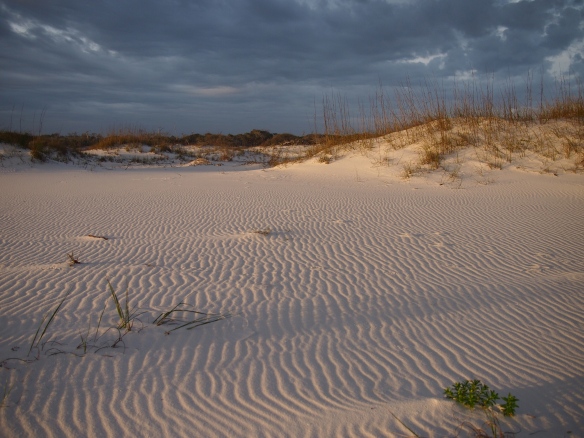 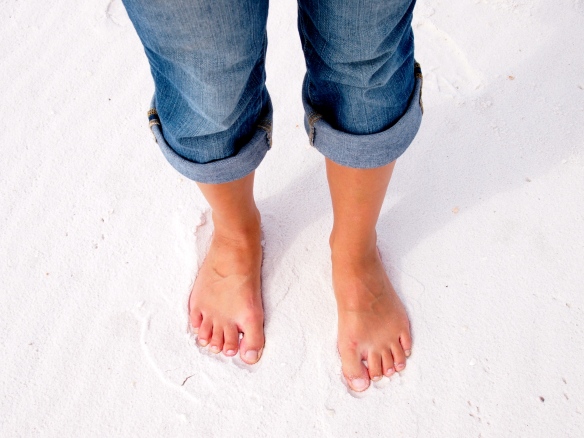 Sunday dawned bright and blue as if there never were things called clouds. The sand here is the whitest in the world, if you believe the tourist information. I wouldn’t be one to argue, because the sand is amazing. Pure clean white, with a texture that begs for bare toes. All through the campground people were jolly and blinking in the sun as though the rain had stayed for months, not just a day. “This is the life,” shouted a shorts-wearing sunbather as I strolled by. At sunset the sand turned pink as the orange orb slowly sank into the sea. It was the kind of day that makes a gal feel lucky. 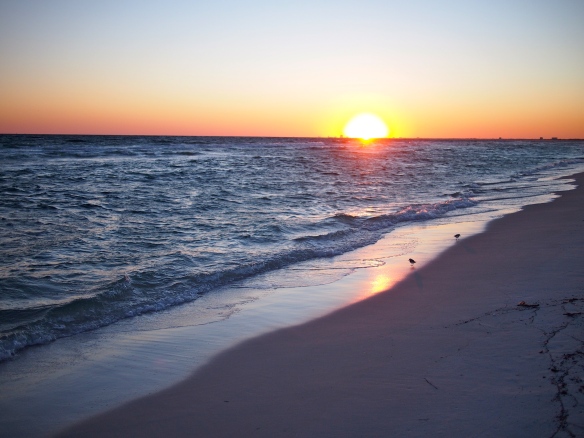 On our way here from New Orleans we drove through the Ninth Ward. It may sound callous, but it wasn’t as surprising as I’d expected, though that doesn’t mean it wasn’t upsetting. Houses still blackened and empty as caves. Ravaged streets in various stages of repair. Construction equipment everywhere. But perhaps because I’ve heard more about what’s going on in New Orleans, or because I’ve known people who have visited and helped with restoration efforts, I felt prepared to see signs of Hurricane Katrina so many years later. More shocking was when we drove East along the Mississippi Gulf Coast. Maybe I just wasn’t paying attention, but I didn’t realize the severity of the devastation in areas outside New Orleans. In Waveland, MS, the whole stretch of land along the beach was studded with bare foundations, driveways leading to empty lots, For Sale signs prominent. Much has been repaired, certainly, but nearly seven years later I was surprised to see such scars.

As I was picking up seashells and wiggling my feet in cool white sand, families across Ohio, Kentucky and Indiana were picking through the remains of their homes after a series of devastating tornadoes. I can’t imagine what it takes to move on after something like that. 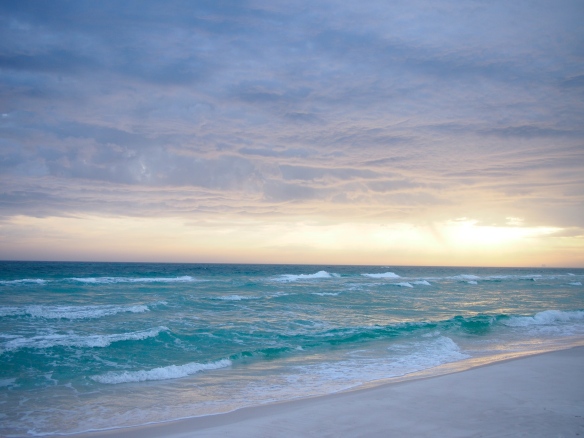 We never know what tragedies will hit, destroying what is known and safe. At the risk of sounding new-agey I think this trip is like taking out an enormous insurance policy for my soul, so that if and when my own storms descend I’ll be able to look back on these times and gather the strength needed to rebuild. I’m trying to remember all of the details about the wind and the way it blows grains of sand against my legs, and the way the pelicans float just above the water. The way tonight I am secure, so happy and so lucky. 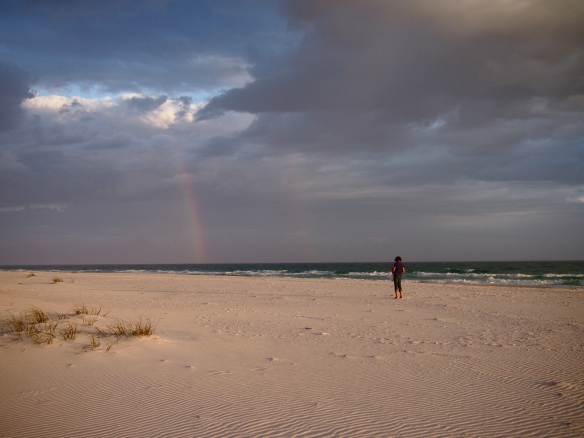