I was sitting in the Shaved Duck, a little BBQ gastropub in St. Louis, when suddenly, for the first time this trip, I felt Far Away.

Was it the brick buildings? The old industrial big city feel? The obvious fact we were so close to the Mississippi? Our two-week stretch in Kansas – where we stayed with Patrick’s friends and family and explored his hometown – was the bridge that connected The West to The East, and now we are really far from home.

St. Louis was fantastic. Who knew? We planned to pass on through, but ended up staying for two nights. Cities can be tricky for budget RV travelers – it’s hard to park, campsites are far from any cool neighborhoods and, above all, cities are expensive. Not so in St. Louis, which boasts an impressive list of free activities, from tours to museums to the zoo. We also found a great little RV park right downtown, delicious food & drink and explored an incredibly unique art space. Grand total? Less than $100.

We were awed by the beautiful mosaics at the Cathedral Basilica, which rivaled any of the churches I’ve seen in Europe. We strolled the halls of the Art Museum and whiled away several hours at St. Louis Zoo, watching baby monkeys and a sweet otter family snarf up frozen fish. But, the most marvelous thing of all, a reason to visit St. Louis in and of itself, was the City Museum.

A whimsical dreamscape created by artist Bob Cassilly, City Museum is unlike any museum you’ve ever visited. It’s more of a playground. Actually, it felt like Burning Man condensed into a single building with a more kid-friendly slant. We went down a ten-story slide. Ten stories! I was so dizzy at the bottom I had to sit down. The next morning my knees were bruised from crawling along secret passageways and through metal mesh passageways suspended over an outdoor courtyard. Enchanted caves. Giant ball pits. Thousands of hotel baking pans reimagined as a wall surface. Turtles. I’m sure this sounds absolutely crazy, so just go visit their website. 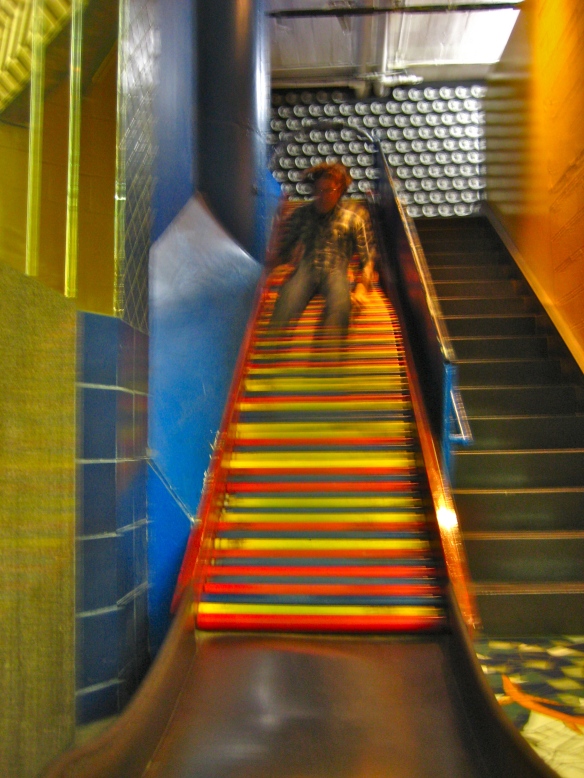 And! Beer. Specifically, the best beer we’ve had since Colorado. Schlafly Tap Room offered an abundance of craft beers and a British-style menu that included tasty beer cheese soup and a homey beef pie. I especially liked the citrusy-spicy Christmas Ale and the cask Optic Golden Ale. Patrick favored the Grand Cru. We both liked the Winter ESB, so we bought a growler and have been enjoying it ever since. Schlafly offers free tours of their brew house, too.

World Series champions and a glowing review from Propane Kitchen? St. Lou is having quite the year.

This post is part of Patrick’s Beer & Gear series. We realize we’ve talked a lot about the Minnie without giving her a proper introduction!

The real estate agent said, “The house is only 160 square feet but the yard is upwards of two billion acres.”  We said, “Sold!” 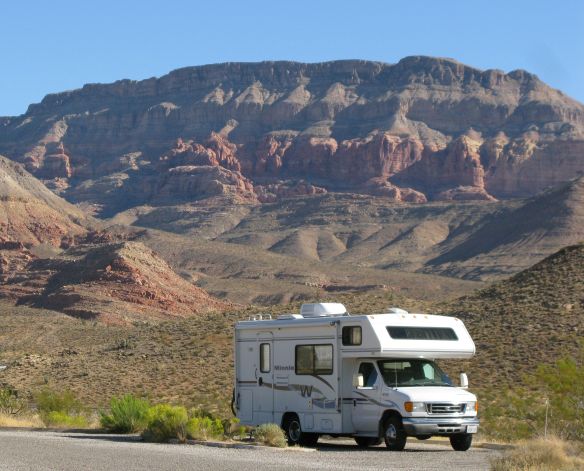 Since early July this 2004 Winnebago Minnie has been our only home.  Most of our belongings are stored away in a POD. We have only what we can carry on our backs and in the various drawers and compartments of the Minnie.  So far, it’s been just enough space for us.  Here’s what the floor plan of our house looks like:

We get lots of questions from non-RV folks about her so here are some vital specs. END_OF_DOCUMENT_TOKEN_TO_BE_REPLACED

This post is part of Patrick’s “Beer & Gear” series.

Canada may be known for the Mackenzies and their beer drinking prowess but we didn’t fare so well up north in that department.  Six packs of Molsen and Labatt were running about $12, yikes! After a week in Canada without a proper pint I had a bit of the ol’ thirst.  Enter the little town of Bonner’s Ferry, Idaho.  Just after crossing the border we pulled into town and parked alongside the Kootenai River to make some lunch.  Afterwards, we hopped out of the Minnie to take a stroll around town.  Low and behold the first site we saw was a sign reading BEER in big bold letters.