Snow blanked the shady path on the way to Mills Lake in Rocky Mountain National Park. Our boots were sturdy, but still we could’ve used the extra security of hiking poles. Later, we stopped at the Continental Divide, and hiked through ear-numbing wind to 12, 875 feet. Snow-capped peaks stretched in every direction. I gasped, equal parts awe and elevation, I’m sure. We spent a few nights near Leadville, CO, at 10,152 the highest incorporated town in the US. 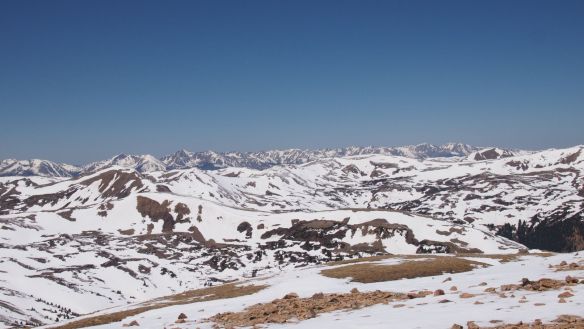 Coming down out of the mountains we shed coats and sweaters when the warm air of the arid high plains came blowing through the windows. In Flaming Gorge National Recreation Area, reached the bumpy way via Hwy 318, a tiny road that switches without warning from pavement to dirt at the CO/UT border, the sun bakes the sagebrush and the rocks are bright red as if collecting colors of the sunset. Damming the Green River formed the long lake there. From our site we watched boats zip around the expanse of water and smelled smoke from campfires made with fallen juniper branches. For the first time in weeks it was warm enough to eat outside. 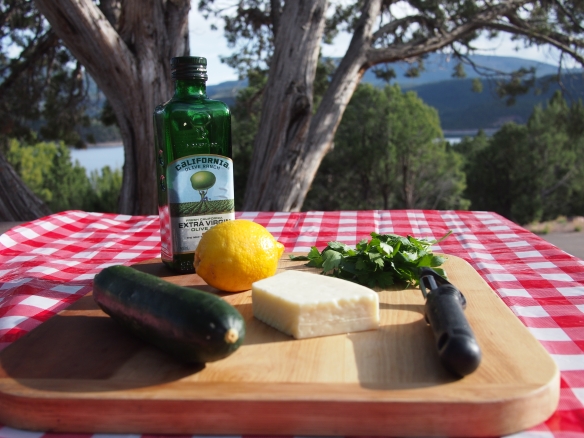 Using a vegetable peeler, shave the zucchini lengthwise into long, thin ribbons. Shave thin pieces of parmesan, to taste. Aim for about ¼ the volume of the zucchini. Pile zucchini and parmesan in a bowl. Squeeze over lemon juice and drizzle olive oil. Toss. Add a handful of parsley, salt & pepper and toss again. Serve immediately. Serves two. Tastes better when prepared & eaten outdoors. 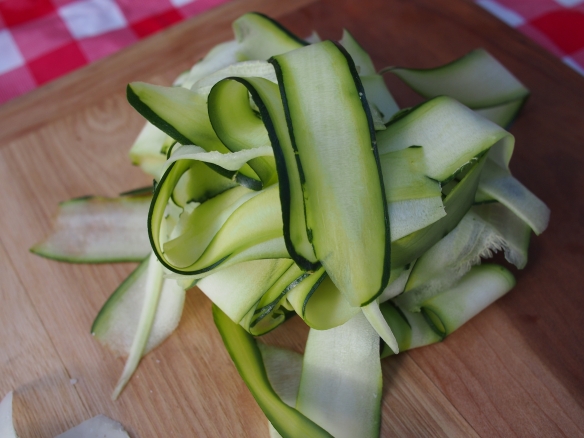